A FORMER Hull City footballer is now at the helm of a multi-million-pound luxury car empire that serves International sporting stars and celebrities.

At just 28-years-of-age, Joe Lamplough is marking the next stage of his spirallingcareer – with an expansion of his ProSportsCars business. The company has just moved into the last available space at Hull's Waterloo Trade Park, also known as Waterloo Mills Business Park, on Cleveland Street.

Let by regional commercial property firm Scotts Property, the large purpose-built and high-tech unit, is the second premises' Joe's team has at Waterloo Mills, having initially moved into Unit 3 just 18 months ago.

“Expansion was certainly always on the horizon and now, with 14 members of the team, we are serving a growing number of clients from all over the country,” said Joe, who was joined to look around the new premises by Nick Coultish, who is a Commercial Property Surveyor at Scotts.

Joe, whose parents Debra and Paul are an integral part of the business, was a youth and reserve team player for Hull City who unfortunately at the age of 20 was unlucky with injuries.

He recovered and spent time playing abroad in Australia and also at the Glen Hoddle Academy in Spain. He also played for lower league clubs back in England, before deciding to channel all his efforts into his new business venture. His partner, Lauren, was expecting their first child and, says Joe, the time was right to move his career in a different direction.

“Of course, my dream had always been a career in football, but things change and you cannot look back – instead you drive forward, and that is what we are doing here,” said Joe.

With connections in the sporting world, Joe looked to build a client base that was seeking luxury and quality vehicles – often buying cars to an exact specification. Using social media and the Internet to the firm's advantage, Joe and his team are able to communicate with contacts, source cars and deliver to clients the length of Britain – reliably and quickly.

“Yes, we are in Hull and it would surprise many people if they knew the standard of the cars we source and the customers we serve here – International cricket players, top flight footballers and soap stars, they all come to us.

“With a base here, it means we are extremely competitive when compared to garages in London and the south, and with social media and the internet, you can be based here, using our own reliable drivers to deliver the cars,” explained Joe, who has just taken on his first apprentice as the business expands. Former team-mates at Hull City have also joined Joe as the company grows.

“We are confident in our ability to serve our market well, with a fantastic team of people here, we are able to deliver,” he added.

Meanwhile the team at Scotts in Hull are delighted to see all the Waterloo units now fully let, with conservatory, window and door trade specialist Stevenswood taking Unit 2.

“As a firm we are proud to have assisted the landlord in redeveloping the site, to provide two fully refurbished units and one new build industrial unit. We have seen the project through from start to finish and securing such a positive result is extremely satisfying,” said Mr Coulltish.

“We at Scotts are pleased to have assisted both ProSportsCars and Stevenswood in securing new modern premises. Witnessing the growth of Joe's business has been tremendous and we are delighted that he has chosen to remain here and expand in an area of the city, which is now emerging as a hub for commercial enterprise. We wish both him and all the businesses here every success,” he added. 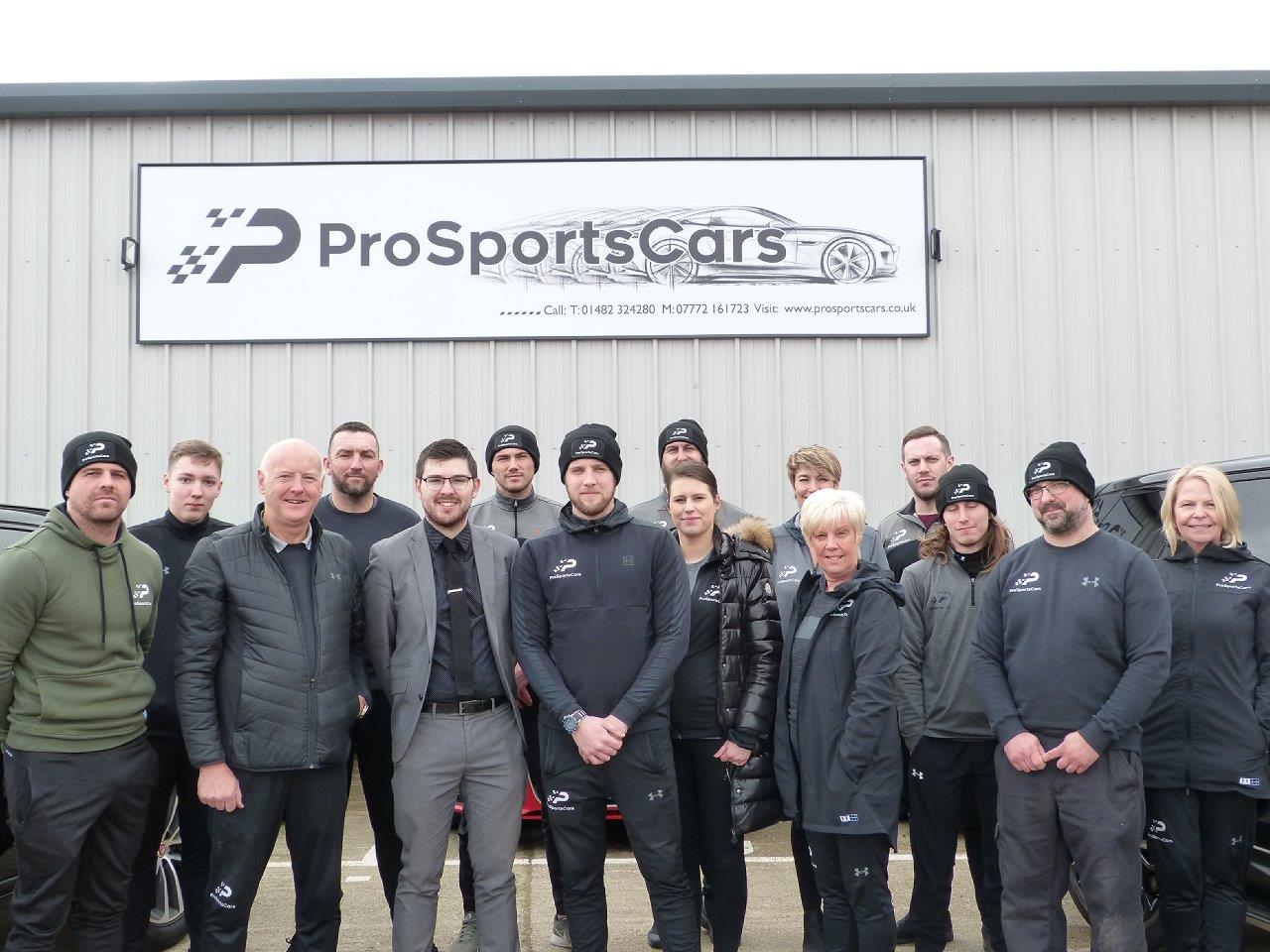